By Siena Anstis and Molly Joeck 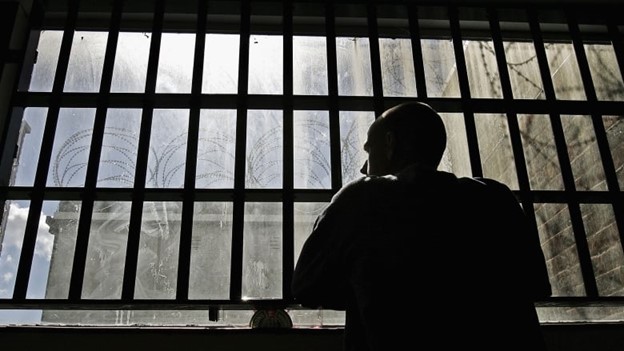 This blog post is a summary of an article entitled “Detaining the Uncooperative Migrant”, which was recently published in a special issue of Osgoode Hall’s Journal of Law and Social Policy on prisoners, detention, and abolition. To be redirected to the original article, click here.

A migrant held in a Canadian prison refuses to hand over a DNA sample to the Canadian Border Services Agency (CBSA). Another refuses to sign a statutory declaration of voluntary return to Somalia where his return is anything but voluntary. Others outright refuse at times to assist in any manner whatsoever with their own deportation. Canadian officials, judges, and adjudicators have treated all of these situations as instances of “non-cooperative” behaviour by an immigration detainee and, in turn, relied on such conduct to impose lengthy and indefinite periods of immigration detention.

The disciplinary society produces the transgressor, just as the prison produces the punishable subject. Disciplinary power, Foucault observes, “separates, analyses, differentiates, carries its procedures of decomposition to the point of necessary and sufficient single units …. Discipline ‘makes’ individuals; it is the specific technique of a power that regards individuals both as objects and as instruments of its exercise.”[1]

Reliance on non-cooperation in order to justify continuing detention is an exercise in disciplining, individualizing power, forcibly abstracting individuals from the broader global context in which they have committed their alleged transgressions. It is an uncomfortable and oft unspoken truth that immigration detention is, in large part, a product of global inequality—which is itself generally a product of colonial and postcolonial histories and realities. Immigration detention in nation states like Canada repeatedly subjugates citizens of the global south who have dared to transgress international borders fixed by those in power, finding themselves on the wrong side of the geopolitical lines that the powerful have drawn and redrawn since the Treaty of Westphalia in 1648.

Non-cooperative migrants, by refusing to submit to the coercive forces of the state, prove themselves to be undisciplinable subjects. In denuding the state of its ability to maintain the fiction of border control by expelling those who have been legally cast out of the nation state, the non-cooperative migrant reveals the discomfiting ineffectiveness at the heart of the border control regime.

However, it is important to remember that detained migrants retain some degree of agency. Migrants who refuse to provide identifying information to immigration authorities prevent the state from exercising its sovereign power, insofar as deportation is contingent on the possession of identity documents.[2] The state is therefore limited in its exercise of coercion against the individual. Therefore, and counterintuitively, it is “those individuals who have the weakest claims against the liberal state that are most able to constrain its exercise of sovereignty.”[3] The stalemate identified in the case law between the state and the uncooperative migrant is, therefore, not simply an instance of the state asserting its disciplining power over the migrant, but also an instance of the migrant asserting their power over the state—even if that assertion of power results in a complete deprivation of liberty and years spent behind bars.

The lack of clarity around non-cooperation

What precisely constitutes “uncooperative” behaviour by a migrant facing immigration detention in Canada remains undefined and falls along a flexible and shifting spectrum in the jurisprudence (both at the Immigration Division of the Immigration and Refugee Board of Canada [the “Division”] and in the courts) and in practice (i.e., the positions advanced by the Canadian Border Services Agency (CBSA) in relation to detainees). This is probably because of the lack of a clear statutory obligation for migrants to cooperate with their own removal from Canada. Under the Immigration and Refugee Protection Act [IRPA] and the Immigration and Refugee Protection Regulations, the obligation to provide information or otherwise cooperate with immigration authorities begins and ends with a person’s claim for refugee protection in Canada, a formal application to enter Canada, or a formal application to remain in Canada (ss 15-18 of IRPA). Individuals who are detained for removal and are not making an application to remain in Canada are generally under no statutory obligation to answer questions or cooperate with immigration authorities.

It is against this backdrop—the absence of a clearly delineated legal obligation under the IRPA to cooperate with one’s own deportation—that the role of non-cooperation under the detention provisions must be examined.

The case law on non-cooperation

Our research shows that the non-cooperation case law can be divided into two categories.

The first category of cases stands on the proposition that non-cooperation will justify any duration of continued detention because that detention is caused by the detainee’s uncooperative behaviour.[4] In other words, both the length of time already spent in detention and its indefinite future duration are considered to be the fault of the detainee and this fault justifies what might otherwise be considered an unlawful lengthy or indefinite detention. Because the detainee is perceived to hold the key to their own release, the detention is characterized as neither indefinite nor unjust. Each of the judgments in this first category starts from the premise that detainees are obliged to cooperate with their own removal process, though they provide virtually no analysis of the source of this obligation. Underpinning all of the judgments that exemplify this approach is a concern that to hold otherwise would reward or incentivize uncooperative behaviour and that such behaviour should be disciplined.

The dangers of the status quo

The problems that flow from the lack of clarity around noncooperation are numerous. First, tribunals and courts have wide latitude to find that a very wide range of behaviour by a detained individual amounts to non-cooperation for the purposes of continuing their detention. Second, because there is no general statutory obligation to cooperate and the case law is divergent, detainees are left with no benchmark by which to measure what acts of agency and autonomy they may consider will have legal implications and what those implications will be. Finally, and importantly, where lack of cooperation is invoked to justify ongoing detention, and in particular where it is used to justify indefinite detention, it is difficult to conceive of continued detention as anything but punishment for non-cooperation, and as a tool of discipline, coercion, and control of the detainee. Thus, once non-cooperation is accepted as a justification for detention, there is a demonstrated risk of transforming a power of administrative detention into a mechanism of discipline. Whatever one may conclude about the utility of such a power, it is impossible to reconcile it with the most basic of common law and constitutional principles governing deprivations of liberty by the state in the penal context where discipline, punishment, and coercion are recognized as legitimate objectives, subject to strict controls such as the right to silence, the requirement of proof beyond a reasonable doubt, proportionality, and the prohibition of indefinite sentences.[8]

Towards a more principled approach to non-cooperation and immigration detention

We conclude by calling for a number of measures that can and must be taken to at least temper the injustice and lack of coherence described above:

A finding of non-cooperation in the immigration detention context has lasting and serious consequences for the detainee. Migrants are detained for lengthy and indefinite periods of time on the basis of allegations of non-cooperation. Despite the severity of the consequence, the concept is undefined in the case law and there have been no serious attempts to even connect culpable non-cooperation to the breach of a legal duty. The failure on the part of courts to articulate a clear legal principle underlying detention for non-cooperation must be taken as indicative of deeper tensions underlying the case law—and the purpose of immigration detention more generally. Non-cooperation reveals one of the fundamental contradictions at the heart of immigration detention: the ambiguity over the purpose it serves. Detention continues to be formally understood as preventative, not punitive, and aimed solely at furthering the machinery of border control—and yet the ways in which it is being wielded, particularly in the context of non-cooperation, reveal that these purposes do not explain the practice. What emerges from our analysis is that immigration detention is being used as a disciplinary tool to coerce capitulation by vulnerable non-citizens to the will of the state. It would also appear that detention for noncooperation serves as a means for the Canadian state to display its effectiveness in the realm of immigration control in the face of societal fears relating to the apparent porousness of borders.

Simultaneously, the case law reveals the agency migrants retain to push back against the power of the state by refusing to capitulate to state control—and the great cost at which the exercise of such agency comes in the face of the disciplinary society. Despite these tensions, some elementary safeguards could at least temper the injustices wrought by the present state of the law, and their adoption in other jurisdictions suggests their practicability in the Canadian context.

Siena Anstis is a Senior Legal Advisor at the Citizen Lab at the Munk School of Global Affairs and Public Policy, University of Toronto. She is currently based between the U.K. and Sweden.

Molly Joeck is a lawyer at Edelmann & Co. Law Offices, and PhD Candidate at the University of British Columbia Peter A. Allard School of Law. She lives and works on the traditional, ancestral, and unceded territory of the Coast Salish peoples, Sḵwx̱wú7mesh (Squamish), Stó:lō and Səlílwətaʔ/Selilwitulh (Tsleil-Waututh) and xʷməθkʷəyəm (Musqueam) Nations.

[5] See e.g. Ali v Canada (Attorney General), 2017 ONSC 2660 at paras 27–30 (finding that “[t]o authorize the Government to hold a person indefinitely, solely on the basis of non-cooperation, would be fundamentally inconsistent with the well-established principles underlying ss 7 and 9 of the Charter. It would also be contrary to Canada’s human rights obligations,” but also relying on the factual finding that the CBSA had failed to prove that Mr. Ali was actually obstructing his own removal) and the series of five Division decisions discussed and quashed by the Federal Court in Canada (Public Safety and Emergency Preparedness) v Lunyamila, 2016 FC 1199.