Immigration Detention in the Age of COVID-19: A View from Canada

By Efrat Arbel and Molly Joeck*

This blog post was originally posted on the University of Oxford Law Faculty’s Border Criminologies website as part of a themed series on border control and Covid-19. Please click here to be redirected to the original post. 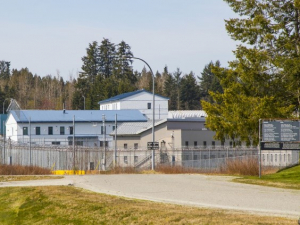 Mission Institution, a medium security federal correctional facility in British Columbia where an outbreak of COVID-19 in April 2020 brought the reality of the plight of inmates of correctional facilities into stark relief by demonstrating the rapidity with which the virus spreads within carceral facilities. Photo credit: FRANCIS GEORGIAN / PNG

The swift global spread of COVID-19 in March 2020 disrupted every aspect of life in Canada, and immigration detention was no exception. In response to the pandemic, there was an immediate outcry about the particular vulnerabilities faced by incarcerated people. A severe outbreak of COVID-19 at a medium security federal correctional facility in British Columbia brought the reality of the plight of detainees into stark relief by demonstrating the rapidity with which the virus spreads within confinement facilities. Despite the seriousness of the threat posed to incarcerated populations, immigration detainees had limited options through which to advocate for release. The legal framework requires detainees to seek release in the course of regularly scheduled detention review hearings before the Immigration Division (ID) of the Immigration and Refugee Board, the quasi-judicial administrative tribunal tasked with detention-related decision-making in Canada. But the review hearings are in many ways rigged against detainees, who face a myriad of barriers to effective participation. Most significantly for our purposes, the ID has very limited jurisdiction to consider the location or conditions of detention (Canada v Chhina 2019, [57]; Toure v Canada 2018, [72]; Brown v Canada 2017, [138]). As a result, with the onset of the pandemic, advocates were concerned that detainees would be unable to seek release on the basis that the conditions of their detention put them at heightened risk of COVID-19 infection.

In a forthcoming contribution to Catherine Dauvergne (ed.), Research Handbook on the Law and Politics of Migration (2021: Edward Elgar Press), we analyze the initial response of the ID to cases where immigration detainees sought release, at least in part on the basis of COVID-19, to better understand Canada’s response to the global pandemic as it relates to immigration detention.

We located seventeen ID decisions where COVID-19 was raised as a factor justifying release from detention, issued between mid-March and mid-May 2020. Since ID decisions are not presumptively publicly available, our sample size is relatively small. Our analysis of this dataset reveals an identifiable shift in ID practice: prior to the outbreak of COVID-19, ID members generally refused to hear arguments related to conditions of detention, and rarely ordered release on that basis. With the onset of the pandemic, however, ID members have not only entertained arguments identifying COVID-19 as a condition of detention, but more significantly, have explicitly relied on this condition as a basis for release.  Reflecting on the broader implications of this shift in ID conduct, we suggest that the onset of COVID-19 has revealed the ways in which the containment and confinement of noncitizens can be reconfigured in Canadian law. Mindful of the potentially limited nature of this shift, we identify the progressive possibilities hidden in that reconfiguration, and urge for it to continue even as the threat of the pandemic begins to pass.

The disciplinary practice of immigration detention is embodied not only in the physical confinement it prescribes, but also through the legal network it enacts. Under Canadian law, there is no clear time limit on detention; there is only mandatory, periodic review undertaken by the ID. While the ID is vested with the authority to oversee detention, it has limited jurisdiction over the location or conditions of that detention in the course of this periodic review. That is, the ID is tasked with overseeing detention and deciding release, but rarely considers the material conditions of that detention. Instead, detainees must raise concerns about the conditions of their detention with the CBSA, the very body that has ordered their detention and has prescribed – or otherwise authorized – its terms.

This configuration causes significant harm to detainees. As Martin explains, since immigration detention cannot be reduced to a single strategy or practice, its disciplinarity is not manifest only through the fact of confinement but is better understood as a “lived process and a bundle of textual and embodied practices meted out through everyday enactments”. The mandatory periodic review functions as one such every day enactment. The legal framework configures the ID as a body that can mete out de facto punishment, but cannot respond to the material conditions of that punishment. This configuration severs the ID’s capacity to oversee, or otherwise respond to, the disciplinarity it enforces. And the CBSA does not serve as a meaningful substitute: as an adverse party to the proceedings in detention review hearings, it is not sufficiently independent to respond to complaints about the very detention conditions it has authorized. Assessed from this vantage point, the ID’s reluctance to adjudicate conditions of detention may be seen as one of detention’s most confining practices: it operates to disempower detainees by stripping them of the legal tools required to make the lived experience of detention legally meaningful. As Cleveland et al have shown, this configuration contributes to feelings of helplessness and disempowerment among detainees that reinforce the violence wrought by detention. 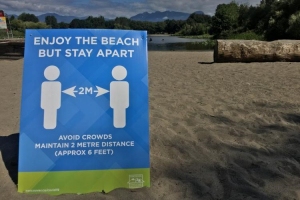 The Legal Terrain in the Age of COVID-19

In order to assess the response by the ID to COVID-19 in immigration detention, we located seventeen ID decisions in which COVID-19 was raised as a justification for release. This sample represents hearings from only two provinces: eleven of the hearings were held in Ontario, and six were held in British Columbia. All of the hearings were conducted via teleconference in the two month period between 26 March, 2020 and 21 May, 2020. Based on this dataset, we found that on the whole, the ID has not only recognized COVID-19 as a “condition of detention” – insofar as COVID-19 renders detention more dangerous to the detainee’s health and wellbeing – but has also willingly incorporated this as a factor into its reasoning. Of the seventeen decisions we analyzed, the ID explicitly recognized COVID-19 as a condition of detention in sixteen cases. In only one decision, the ID Member concluded that while COVID-19 was a factor impacting the length of detention, she could not consider COVID-19 as a condition of detention. In eleven of the seventeen decisions we analyzed, the ID determined that release from detention was warranted at least in part on the basis of COVID-19, and ordered the detainee released. Of the remaining five decisions, in one, the ID released the detainee at a subsequent review eleven days later, and in four, the ID acknowledged that release may be possible given a more suitable alternative to detention.

We analyze the decisions in more detail here.

Our analysis of this data set suggests that by framing COVID-19 as a condition of detention that is within its jurisdiction to review, the ID has ushered in a shift in the disciplinarity of detention. From the perspective of law, the ID’s apparent willingness to consider conditions of confinement as a factor relevant to release is significant. Such a shift enables detainees to bring their lived experience forward before the ID, the administrative body tasked with overseeing their detention. This has the effect of rendering that lived experience actionable, justifiable, and legally significant. The ability to consider conditions of confinement endows the ID with jurisdictional authority that enhances its independence and capacity for principled adjudication. Such a shift also makes space for future legal arguments about the ID’s jurisdiction to order release on the basis of unsafe conditions or location of detention, a welcome jurisprudential development.

As regards the lived experience of the detainee, the shift is also meaningful. A legal framework that enables detainees to raise conditions of confinement as relevant to the assessment of their release is fundamentally empowering, providing them with agency over their lives. In some cases, the ability to raise conditions of detention may lead to a material improvement in the detainee’s lived experience. If ID members continue to consider conditions of confinement, this shift has potential to lessen the violence of the detention review process.

Conceptually, the COVID-19 decisions suggest the possibility of a paradigm shift in the detention review process: the line distinguishing “us” from “them” seems to have blurred in the shadow of a common threat, and the location of risk seems to have shifted in relation to that line. In the decisions surveyed here, the central animating concern that guides ID decision making is less protecting the public from the detainee, and more protecting the public by protecting the detainee. This suggests that for a brief moment in time, the perceived threat posed by the virus has superseded the perceived threat posed by the so-called dangerous migrant. Put differently, the previous conception of the inherent riskiness of migrants has temporarily been displaced by the disruptive, risky, pandemic.

Does this suggest a broader recognition from the ID that immigration detainees were never all that risky in the first place? That is probably too much to hope for. But it does reveal that the legal understanding of risk and responsibility is never fixed, and can be recalibrated. Perhaps the global crisis ushered in a subtle paradigmatic change previously deemed impossible. At the very least, COVID-19 may have caused the ID to reconsider the parameters of its jurisdiction as regards conditions of detention, and to forge a new path in detention decision making, one that allows detainees the opportunity to raise arguments about the conditions of confinement and compels ID members to engage with these arguments in some way. In this way, COVID-19 may have, rather inadvertently, opened up new progressive possibilities in the law and practice of immigration detention.